- June 22, 2011
This week we had our first night away since my father in law came to live with us, meticulously planned and much looked forward to.  We had our back up at home in place from a friend and were not going far, less than an hour's drive to Worthenbury Manor, just on the Welsh side of the Border with Cheshire but feeling far more like Cheshire than Wales to me!  Father in law had an early evening meal which suited him down to the ground.  I suspect he would eat at 5pm if it were left to him but we normally keep him hanging on (perfectly cheerfully it must be said) until 6 or even 7 when we have visitors.

The drive was easy and we turned up just as the rain began to pour.  Ian, our host, was at the door with an umbrella and we raced through the downpour into a beautiful small manor house, all panelled walls and polished wood floors. 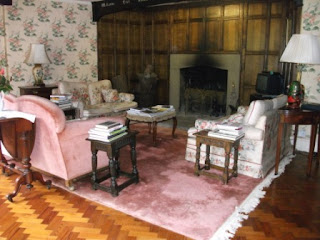 We had a room with a four poster bed and the house to ourselves.  We had booked an evening meal with them too and the food was as good as a restaurant meal, all cooked by Ian and served by his wife.  We sat at an oak table surrounded by beautiful Jacobean furniture.  It was odd to feel that much of the furnishings were of the age of our house but they would have belonged to a gentleman and would never have got to a farmhouse like ours!  It was a lovely evening, slow and langourous and full of good food, good wine and conversation.  In the morning the breakfast too was superb with local food and home made preserves. 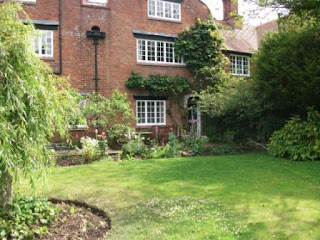 It's amazing how less than twenty four hours can feel like a weekend.  We were home again by late morning but it did feel as if we had been away and I hit the garden in the afternoon re-energised.  If you are ever looking for anywhere to stay on the Cheshire/Wales/Shropshire border do go and see Worthenbury.  It's a really stunning house, the food is marvellous and the hospitality warm. 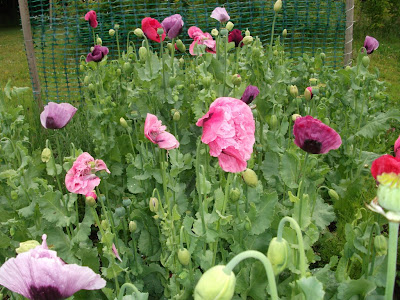 At home the poppies are going nuts, throwing up their astonishing range of colours and forms: singles, doubles, ones with ragged petals and great bowls of colour in every shade from darkest purple, through lilacs and reds to ballerina pinks. 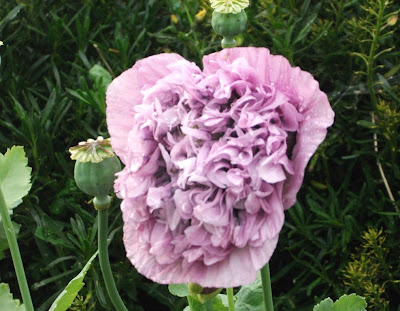 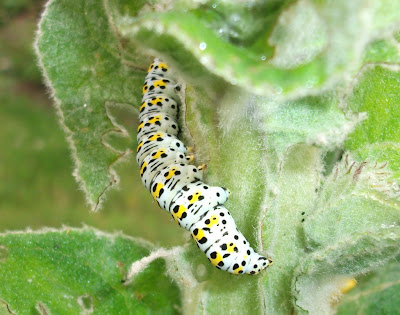 I did have some verbascum for which these caterpillars are extremely grateful.  It is I think the caterpillar of the mullein moth which eats only verbascum, or mullein.  They can strip a stately verbascum nearly six feet tall in a couple of days leaving a ghostly silver skeleton. 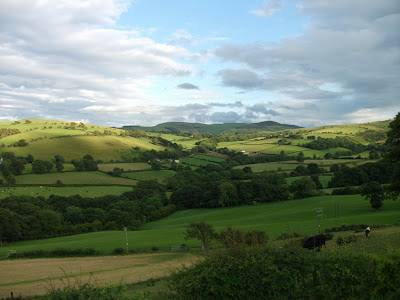