Showing posts from April, 2009
Show All

Tagged for a meme

What are your current obsessions? Walking and sowing things. I am getting increasingly terrified that I have not done enough training to be able to walk the Offa's Dyke long distance path at the end of May. This is a path from the southern coast of Wales at Sedbury cliffs near Chepstow to the northern coast at Prestatyn, running along the English/Welsh border, much of it on or near an ancient earthwork reputed to have been built by King Offa to defend his kingdom. It is 177 miles long. We are planning to walk it in sixteen days and I have now started to accumulate people who started and had to give up. This is freaking me out. Tomorrow I intend to walk nine miles along the Clwydian hills from Clwyd Gate home. And sowing things. The greenhouse is heaving with seed trays and lengths of guttering with seedlings growing in them. Today I sowed pumpkin "hooligan" (great name for a pumpkin, how does a pumpkin do hooligan exactly?), more peas, borlotti beans, Trail of Tears bean
28 comments
Read more

Hacking my way through the undergrowth 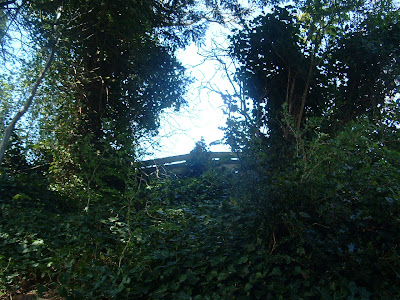 We have a whiteboard in the kitchen which is the place to record that we are running out of tea or cheese. It also records jobs that need doing, and, in my theory at least, these are vaguely "current" jobs as opposed to one of Ian's masterlists of the hundreds that things that need to be done in house, cottage and on the land. We have had one of these for years and every now and then the children, now way old enough to know better so obviously never going to grow out of it, adorn it with gently mickey-taking cartoons. Completely belying my "current jobs" theory, we have had "ivy at back of house" on there for what feels like months and may be years. Here is an idea as to why. We had established that somewhere under there were some stone steps which would allow you to climb up on to the rocky higher ground behind the house so we went looking, Ian armed with a billhook while I had my trusty Felco secateurs. The area under the yew trees was dense with
28 comments
Read more
- April 13, 2009 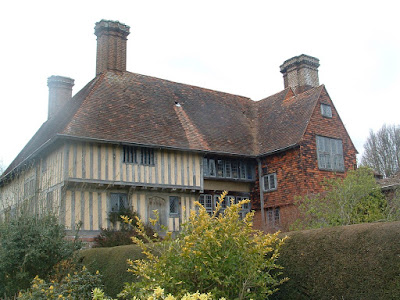 Last week I went to Great Dixter. It is a garden built around a fourteenth century manor house in Sussex. The house was restored in the early 1900s by a businessman, Nathaniel Lloyd, with the help of the renowned architect Edwin Lutyens. Lloyd and his wife began the creation of the gardens but they were developed over fifty years or more by their son, Christopher, gardener and writer. For the last fifteen years of his life Christopher worked with Fergus Garrett who remains as head gardener following Christopher's death four years ago. It is one of the great gardens of the world. Sometimes it is a mistake to do something you have looked forward to for a very long time and I have been wanting to go to Great Dixter for almost twenty years. How can a place bear the level of expectation laid upon it? Surely I would be setting myself up for at best an anti-climax, at worst a major disappointment. I was taken aback to find myself so moved by being there that I could not stop th
37 comments
Read more 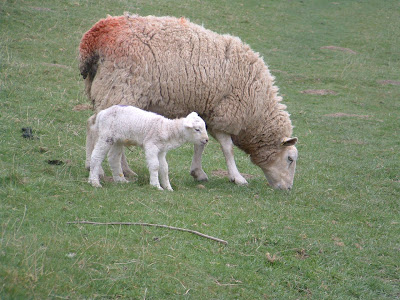 Well maybe I could get the hang of this not going to work lark. On Wednesday I went for another of my training walks for the long distance path. Again I walked alone and today I offer you pictures rather than so many words. In the higher fields most of the ewes have now lambed. Only those sheep who live on the very highest hills still lumber up and away when you approach, heavy with the unborn. Elsewhere tiny lambs stagger about. You can tell when you are looking at a very new lamb because, along with its wobble and uncertainty, it has yet to be numbered or marked in some way by the farmer. The red on the back of the ewe is of longstanding, left on her by the ram when she was covered. Good job we don't have such a system for people. I walked out along the Clwydian way, along the side of the hills looking out over the vale. It was sunny and warm but hazy looking out across to Snowdonia. Looking south the hills were invisible and looking north the vale disappears into grey ha
33 comments
Read more
More posts