Whistle stop tour of late September: another baby, another continent!

- October 01, 2015
Bursting with news here!  The most important first.  There is another new baby in the family.  I know, I know.  My cup runneth over.  How delightful.  The family is full of babies.  Younger son and his wife had their second child ten days ago, another little girl.  She arrived in haste and was delivered by her father, fortunately a doctor, in a layby on the A38 as they were driving to the hospital.  We will be meeting the new arrival on Sunday.

I blogged here about the arrival of their first baby.  Every time a grandchild arrives is different and every time it moves me profoundly.  This is the first time we have been out of the country when a baby has been born and that felt very strange but we were woken early in the morning in New York with a facetime call from the jubilant parents and had the chance to see their faces and the first sight of the new baby.  Since then pictures and calls have kept us in touch but I can't wait to see her and hold her and to cuddle the nearly two year old who so far seems very keen on her new little sister. 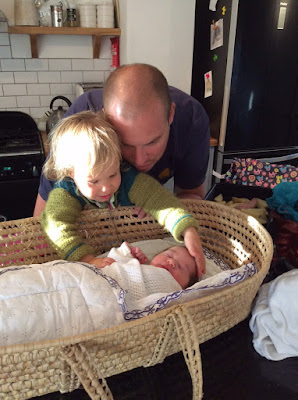 So add to that a swift trip to the US, principally for Ian's work but allowing us the occasional bit of time off for sightseeing and the last couple of weeks have been a blur and a blast! 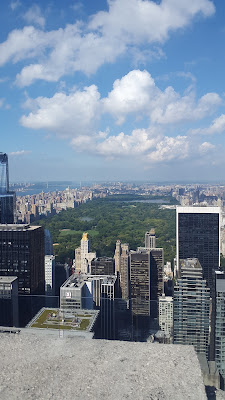 First New York: wander around Central Park, up the Rockefeller Centre to the Top of the Rock for marvellous views over the city in the sunshine. 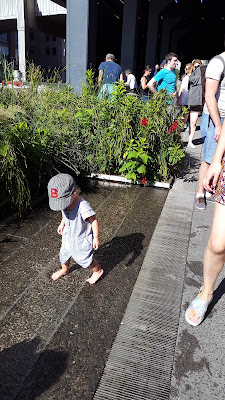 The following day a delightful lunch with Frances of City Views, Country Dreams  and Elizabeth of About New York.  I have met bloggers before  for the first time in real life and once again I had that sense of connecting with old friends even though we had never met in the flesh.  It is not possible to hide yourself if you blog about your life over time and I have never met a blogger whose blog I enjoy and been surprised that they were not as I expected.  Sometimes the physical appearance of someone does not match the picture you had in your head (not the case with these two!) but even if that is your immediate response the reality quickly overlays your imagined version and the essence of the person emerges warmly and clearly in conversation.  We had lunch in a diner and walked the High Line and I had that sensation of sharing a corner of someone's life which is so much more interesting than simply being a tourist.  Thank you Frances and Elizabeth for your company and conversation. 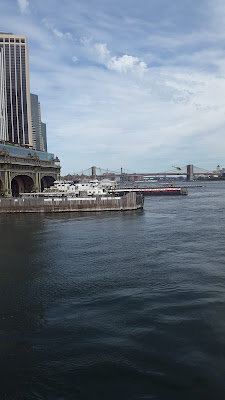 Staten Island ferry just to see the city from the water. 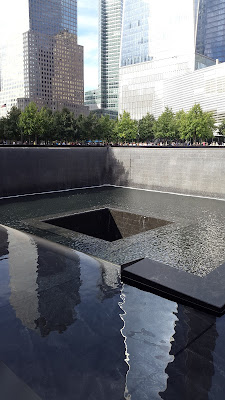 Ground Zero, moving despite the press of people. 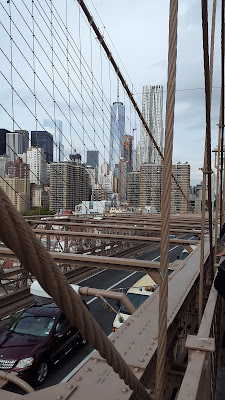 A walking tour over Brooklyn Bridge, through Brooklyn Heights and into DUMBO (down under Manhattan Bridge Overpass apparently!) with a great tour company and a knowledgeable and funny guide.

I love New York.  I love its energy, diversity and the way it thrums with life and light.  It is hard to imagine a much greater contrast with our peaceful, soft green and quiet rural life.  I love my life and where I live but it is great to have the pure shot of energy that comes from visiting a major city like New York, London or Berlin. 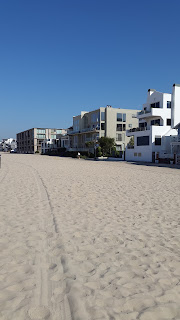 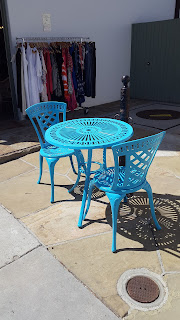 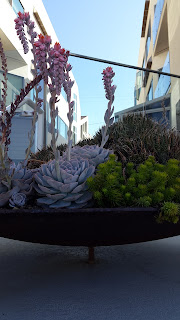 And then less than forty eight hours in Los Angeles.  Why should it surprise you that a place looks just like your image of it?  Of course it does!  Sun, brilliant blue skies, beaches, tanned and beautiful people and lots of even more beautiful plants.

And then San Francisco. 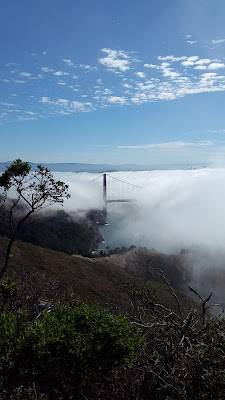 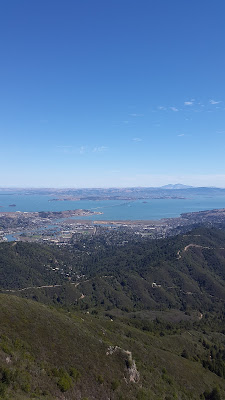 The view from the top of Mount Tamalpais is endless bay and mountains.  What a place to build a city. 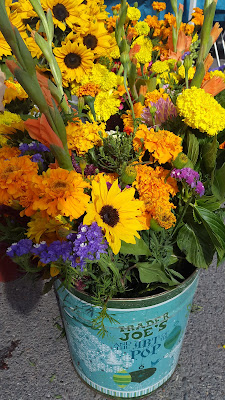 The Farmers' Market in San Rafael is full of colour and real food.  I could have pitched my tent close by and lived there. 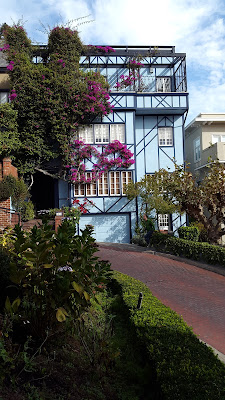 And the houses on the Crooked Street in San Francisco were like a film set.  Surely James Bond has driven a car down here?  If not, he should.

We were staying with some old university friends of Ian's whose warmth and hospitality provided the perfect end to our trip.   It was great to catch up and to have an insight into life in California.

And then home.  It took close on two days of travelling, a dreamy blur of near sleep and no sleep at all. 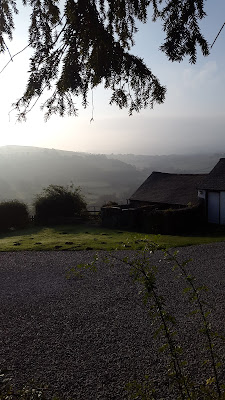 Waking early on the first morning at home in the sleepy disorientation of jet lag, all the colours and shapes were gently, gloriously familiar.  The garden is full of grass and six foot long runner beans. There is a list of things to do as long as both arms.

It is good to go away.  It is good to come home.
baby coming home grandchildren granddaughter Los Angeles New York San Francisco