Showing posts from October, 2009
Show All

Am I losing touch?

- October 27, 2009
Am I losing touch? Have I spent too long in the country? Last week I went to the city for lunch with a friend who now lives in the Lake District. It wasn't precisely a halfway house, but meeting in Manchester worked for both of us. Having become a jeans and fleece sort of a girl, I really did try to make a bit of an effort. I shaved my legs, I put a skirt on and a pair of boots which last year made me feel like the bees' knees. I couldn't quite be bothered with the whole hair straighteners rigmarole but I bashed it for a while with a hairbrush and put on some make up and left feeling really quite smart. When I stopped in the village to buy a paper my friend in the newsagent said "Oh, where are you off to then?" so it clearly showed. I parked my car in the gulp inducingly expensive carpark at Kendals (a sort of smaller, Northern version of Harrods for those who have never heard of it) and found I had half an hour to kill before meeting S so I thought I wo
54 comments
Read more

So what is your dream? 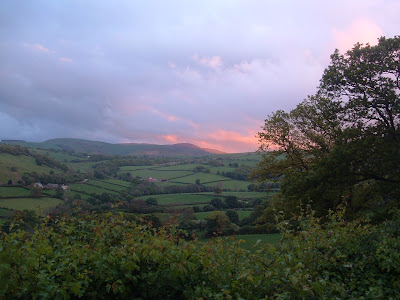 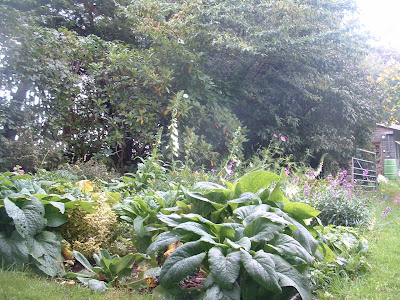 I have been mulling away about why I garden and almost sat down to do a philosphical muse but somehow I find I have so much to do outside that I can't spare the time. Must be a moral in there for another time! So I thought I would share some of what is pleasing me in the garden today. This is the new bed in the side garden, still full of foliage and, astonishingly, some of the white foxgloves which were thronging it in mid summer. Last year this area was a building site and after much digging and clearing this is what it looked like in spring this year. The blueberries are turning a fabulous colour. We have had fruit this year for the first time and the bushes have had to be covered against the hens. It is wonderful to see the turning foliage without a draping of green netting. At this time of year the hens are welcome in the garden as they scratch about in the empty beds. The trees are starting to turn too. The sycamore is always first and this year is a buttery gold. Logs a
34 comments
Read more

- October 07, 2009
It is six months since I walked away from my job and twenty years' worth of being focussed hugely on the twin gods of work and children. While we were in France last week I was asked a couple of times about how things are going and whether I miss my job. I have been carefully not thinking about it much for the last few months. I promised myself six months off, no strings, and I have found before that when you make a big change you need to live it for a while to acclimatise. Too much worrying and analysing and wondering if you made the right decision gets in the way of adjusting to your new job, your marriage, your new house or town or whatever. It is best just to leave it alone and let it happen for a bit. So from time to time I have had to come up with something to say when people have asked me how it was going but I haven't done any real thinking or stocktaking. I've just said how busy I am, how nice it is not to get on the train every week and how good it is to have tim
35 comments
Read more
More posts