Showing posts from February, 2019
Show All

- February 27, 2019
Well week 8 of Couch to 5k means we are coming towards the end.  Only one more week after this one! Week 8 required three runs of 28 minutes each.  I had decided to try to make it easy for myself with run one so it was back to the riverside to the running area where I did most of my early training.  I was really hoping to find it easier and this one was not too bad.  I ran really slowly and it was absolutely flat.  Even so the first ten minutes was a slog until I began to warm up and get into my stride.  I think I expect too much and imagine that because I have got this far I must be on the edge of  a breakthrough into finding running comfortable and easy.  Not so.  But it was doable and I decided to treat myself to a couple of easier runs as a sort of consolidation.  So run two was more of the same.  This time I had downloaded Strava onto my phone because I wanted to get some idea of how fast I was running.  How slowly more like!  The fastest I ran was a 15.5 minute mile.  I could p
7 comments
Read more

- February 19, 2019
For the first time the programme for this week had no intervals of walking and running and it was all running.  I think mixed fortunes is the best way to describe how week seven went.  I decided to do the first run of the week by walking down the steep track to the river in the valley and treating the walk down as my warm up.  I did not get this quite right.  I tried to time it so that I didn't start the five minute count down until I was far enough down the hill to begin running near the bottom.  The change from walking to running actually happened just a little too soon as I got to a house on the right of the track and here the track was very deeply rutted and muddy so the first few minutes of running were not pleasant.  When I got to my usual running place all was well and I managed the twenty five minutes of running without a hitch.  I walked back up the track, treating that as my cool down, feeling pretty smug.  Too smug, too soon.  When I reached the gate of the big field nea
4 comments
Read more

- February 11, 2019
It felt like a bit of a come down this week to go out for my first run of the week and find it was meant to be two runs of eight minutes each with a walk in between.  I was on such a high after I managed to do my twenty minutes last week that I was expecting to do more.  I am sure there is method in the madness of whoever put the couch to 5k programme together.  Certainly run number one felt easy enough.  I ran down by the river again and contemplated the fact that it would become very boring if I never ran anywhere else! Run 2 was on Saturday after a busy Friday where we had a lunch out in Manchester and a meal with friends in the evening.  I had been the designated driver so I hadn't had anything to drink but we had taken in a lot of food over the course of the day.  Perhaps that was why I felt so sluggish and slow.  This one was two runs of ten minutes each with a walk in between.  I suppose I had been due a bad run.  I hadn't really had a session where I felt I was really
7 comments
Read more 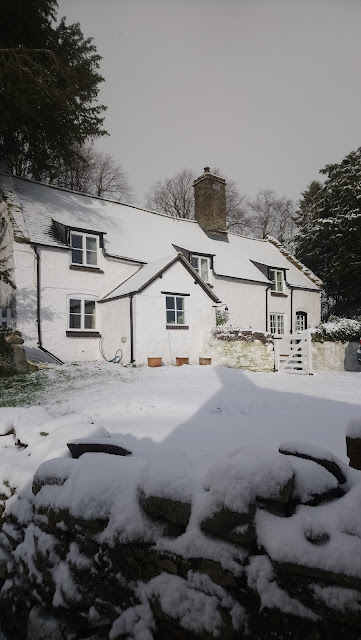 I was on a real high after run two of week five, having achieved two runs of eight minutes each.  The next run was meant to be twenty minutes long.  How could that be?  And yet while I was daunted I was also really interested to see whether I could do it.  The Couch to 5k programme hadn't let me down yet so maybe, just maybe, it was doable?  After all they would hardly set people up to fail would they? So I was all ready for Thursday last week and what felt to me like the breakthrough between trying to learn how to run and actually running. And then it snowed. It looked very beautiful but it did not look like the kind of conditions I could run in. I thought I should do something to try to keep the fitness going so I had a go on our exercise bike.  I only managed about ten minutes.  I don't know what it is about the exercise bike but I really hate it.  I find it intensely boring and it feels intensely useless.  If I am outside I can look at my surroundings, list
11 comments
Read more
More posts