Showing posts from January, 2019
Show All

Week five: now you are talking

- January 29, 2019
The first run of week five and I was feeling quite close to keen to get on with it!  I have been away from home for a day or so visiting my brother in South Wales so I had missed two days rather than the one which the Couch to 5k programme requires.  I have developed a real fear of missing so many days that the small amount of progress I have made disappears and it feels as though I am starting from scratch so I was planning as I was driving back yesterday when and where to run today.  I decided to go down to the river again as I like the combination of flat land to run on and the variety of things to look at produced by the fields to one side of the track and the river to the other. It was cold again today so once again I layered up with my thermal vest and long johns underneath my running clothes. Some people get quite warm and sweaty when they run but I suspect I don't run fast enough to make myself sweat, certainly I have never been too warm when running!  Today was three run
6 comments
Read more 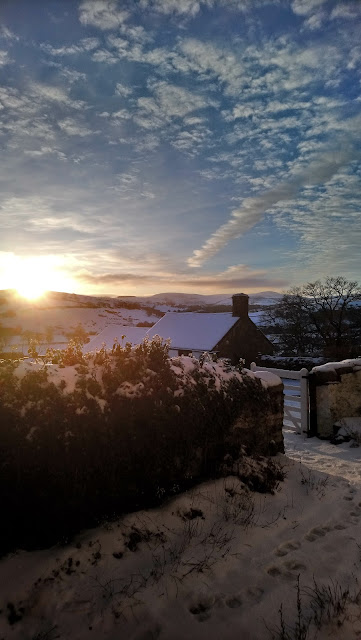 A couple of days ago I looked at what was in store for week four and did not like what I found!  Running for five minutes at a time and much more running altogether looked like a real challenge.  I decided I would run somewhere different for this.  We live high on a hillside and there are limited opportunities to run on the flat.  Weighting the scales in my favour by running on flat ground seemed like a good idea!  So this morning I drove down to the bottom of our valley and parked the car so that I could run by the river.  I felt a bit guilty driving down rather than walking, but I was pretty sure that if I added the steep haul back home to my run I would be overwhelmed by the jump up in physical demand and might just have to sit in a corner and cry! So down I went, parked by the little river, where the water was rushing and leaping over the stones and set off, Jo Whiley encouraging me from my phone on the couch to 5k app.  The first run was for three minutes which is what I ha
12 comments
Read more 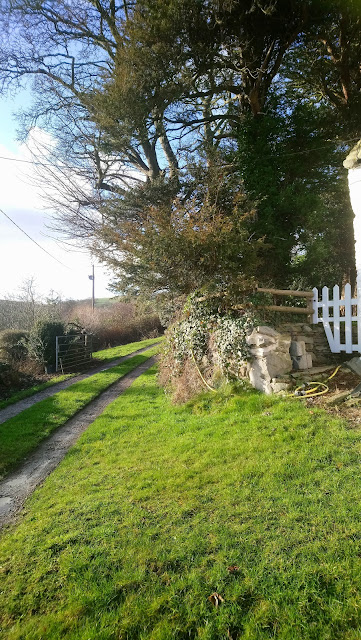 Run one.  Well, today was run one of week three and I was nervous.  This run required me to go for three minutes for the first time and three minutes seemed a big jump from ninety seconds.  We went to yoga this morning and I was feeling very stretched and ironed out by that.  I had missed breakfast so by the time we got home I was starving and immediately made scrambled eggs with tomatoes and spinach.  I decided I shouldn't run directly after that and sat down to do some knitting instead.  An hour or so later I looked out of the window.  It was raining gently.  This did not make me feel like going out. However one of the good things about this fitness drive is that Ian is also doing the couch to 5k and I find that the fact that I am not alone motivates me when I might well give up if I was.  He ran before lunch and came in reporting that it wasn't so bad.  Now he is fitter than I am so that didn't mean I would think the same but it did make me feel that I should get on wi
18 comments
Read more

Week two and on we go

- January 13, 2019
I was a bit daunted by the idea that, having achieved my three sessions for the first week, I was expected to run for a bit longer in week two.  I should point out that "a bit longer" means ninety seconds instead of sixty, followed by two minutes of walking, repeated five times. So the first run of week two and I did notice the small increase.  For some reason the app was refusing me access to Sarah Millican as the voice of my trainer so I chose Jo Whiley instead.  I liked her too.  She probably gives you a little more of her own experience and that is quite motivating.  So I survived the first run of  week two and, in the day's break between runs one and two, my new bra and running trainers arrived. I cannot tell you that the bra is a thing of beauty but goodness, it works!  I did a bit of research on the internet and bought a bra called Panache, recommended by a women's running magazine.  Have you ever noticed that caravans which trundle along the motorway are o
15 comments
Read more 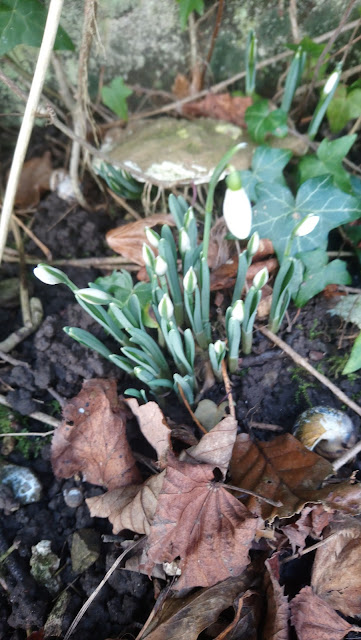 I downloaded the couch to 5k app onto my phone and was delighted to see that I could have Sarah Millican as the voice of my trainer!  Sarah is funny and dry and far from skinny.  I don't mind being told to run for sixty seconds in her warm Geordie voice. Well the first decision was what to wear to have a go at this.  A couple of years ago I decided that, after six years or so,  yoga was clearly here to stay and bought myself some new yoga gear so I have leggings and yoga tops and very lovely they are too.  I also have lots of gardening t shirts and jeans but I haven't really got any equivalent of tracksuit bottoms which it makes sense to jog in.  In the end I found a loose pair of exercise bottoms which used to be my yogawear before I upgraded.  Then the question was what to wear on my feet.  I know that it is important to wear suitable running trainers but I feared that if I didn't get started until I had all the gear I might miss the moment when I was prepared to give i
6 comments
Read more

- January 07, 2019
I start 2019 at the highest weight I have ever been.  I do not like this.  I have also been thinking for ages that I need to reduce my alcohol intake.  It's not that I drink a lot at any one time because I don't but I have fallen into the habit over the last two or three years of drinking something every day.  It started when my dad was so ill with Motor Neurone Disease.  We undertook the weekly six hundred mile round trip to see him with all the physical and emotional effort that entailed.  My mother had died suddenly of a heart attack and her loss was and remains huge.  Life was hard.  For the first time in my life I began to have trouble sleeping.  I am generally a great sleeper but I found I couldn't go off to sleep.  My mind would whirr with what I could and should do for Dad and whether I was doing enough to support him through his lonely and terrible journey into silence and total incapacity.  A glass or two of wine at the end of the evening seemed to help to send  m
26 comments
Read more
More posts