Showing posts from May, 2015
Show All

Back again, on the blog and in the garden 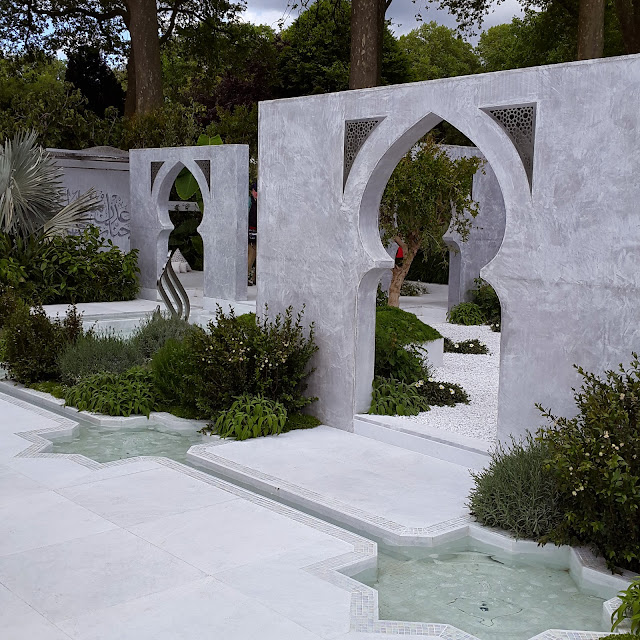 I haven't had such a long break since I started blogging.  I would be hard pushed to explain why it is several weeks since I blogged.  Nothing terrible has happened.  I haven't moved house or continent.  I have just been ridiculously,overwhelmingly busy, rushing up and down the country and, for the first time since my mother died, having a serious go at falling back in love with the garden. That has meant hours weeding and cutting back and trying to uncover the garden again after a year of neglect.  I even went to the Chelsea Flower Show, thanks to the kindness of a friend in sharing some corporate hospitality with me.  There has been a funeral, time spent with all four of our children and our grandchildren, time spent with my father.  Hours and hours in the car.   Whizz, whizz, all a blur. Time to slow down, time to reflect. This is The Beauty of Islam garden by Kamelia Bin Zaal.   Interestingly, when I saw it, although  I was struck by its beauty, I was rather overwhel
43 comments
Read more
More posts