on January 19, 2020
2019 finished with a lovely Christmas down in Devon with younger son and his family where, for only the second time in over forty years, I did not cook Christmas dinner!  I don't mind cooking Christmas dinner at all but it did feel rather luxurious to be cooked for.  We were sleeping in the campervan despite the cold as older daughter and family were also staying.  That sounds a bit daunting in the middle of winter.  Actually the first ten minutes when you come out of the warmth of the house, go into the cold van and get undressed are the cold bits.  Then with two of you under the duvet you warm up surprisingly quickly.  And in a house of early risers you have the morning bonus of waking up at seven or later, rather than at around six, or, on Christmas morning, four thirty.  We understand the girls were sent back to bed but even so Christmas Day in the house began at around half past five!

Here is Ian on story reading duty.  Both the snuggling down to listen of older granddaughter and younger granddaughter's climbing on the cabinet to look out of the window are entirely characteristic behaviours!

2020 began with a few days in the Youth Hostel at St Davids in Pembrokeshire where we had rented the whole hostel to make enough room for all the adult children and their families to stay.  St Davids is a beautiful place and the nearby beach of Whitesands is a stunner.  It was great to see everybody and to see the cousins interacting with each other.  The only downside was that after we came home I came down with a vicious cough which resulted in a chest infection which I am only now shrugging off.  As a result of that and some problems with my knee over Christmas I have not run for around five weeks.  I was starting to get nervous that my very hard earned fitness would have disappeared so this lunchtime, having consulted the running forum  I use for some advice, I set out to run again.

I have just spent a few minutes reading the blogs I wrote when I started couch to 5k, the NHS approved running programme, at this time last year.  It is good to be reminded of how very unfit I was at that stage and how daunted I was by the whole idea that I could learn to run.  It is even better to be reminded that I did it!  And a year on I am still running, not very fast, not very far, but still going.  I have signed up to do a 10k race in early March which seemed challenging but doable when I committed to it in November.  Having just had the longest break I have ever had it seems less likely that I can manage to train to run that far in time but I am going to give it a go and I am going to use this blog to record my efforts.  So I have decided to run on Tuesday for half an hour and if I can manage that I will restart the training programme aiming to take me to running for 10k.  Wish me luck!

And in other news the last weeks have seen me in a burst of crochet activity. 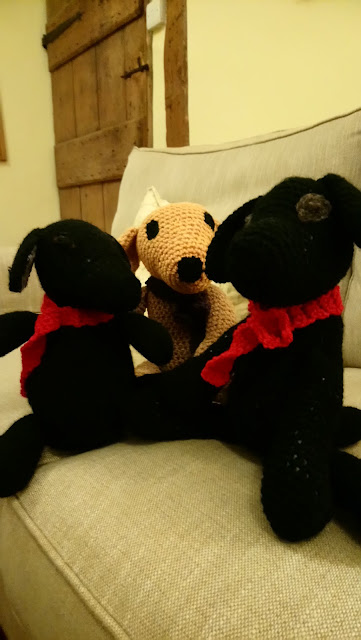 These are three of six crocheted labradors which have come off the hook for six of the ten grandchildren.  Why?  I don't know, I just got carried away. 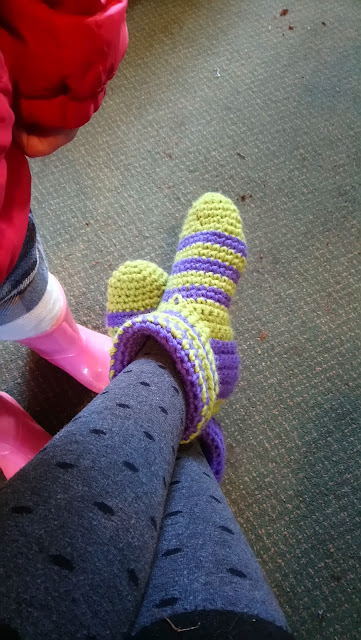 And five pairs of slipper socks.  These are mine but some went to two daughters in law, a niece and Ian.  And particularly while I have been ill I have been reading in an intense, disappearing into the book kind of way which I associate with my childhood.  The best of these books is "The Binding" by Bridget Collins, unusual, magical, gripping.  It won't be everyone's cup of tea as it a sort of historical fantasy novel.  In fact that description, which is as good as I can manage, would perhaps have normally put me off.  I am not a great one for fantasy novels.  But this one is something special.

So here is the New Year: no resolutions (I have given them up because they were always the same, suggesting I wasn't getting very far!), but lots going on and lots to look forward to.  Now let's see if I can get properly back to running.... 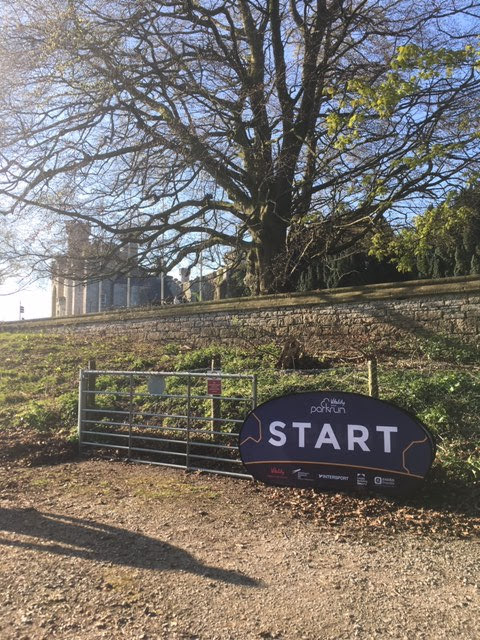