- May 17, 2020
Well I was wrong about there being not a lot of difference between the arrangements in England, Scotland, Wales and Northern Ireland.  Restrictions have been eased significantly in England with driving for exercise now allowed and schools to reopen partially in June.  The picture in England seems quite confused to me but that may be because I have not spent any time on the detail of the new arrangements.  Rules in Wales continue very much the same although we can now go out from home for exercise as often as we like.  There has been some concern here in Wales about people travelling into the country from England to exercise.  We were surprised to hear from our neighbours that in walking up the hill for their exercise the other day they had been stopped by the police who were clearly checking to make sure that they hadn't driven in from outside the area.  While where we live is very beautiful it is not very well known so I was curious to find resources being given to police it.  I suppose it is sufficiently out of the way to be a place for people to come if they were trying to keep off the radar!
Deaths in hospitals and in the community of people who have tested positive for coronavirus now stand at 34,466 with the daily total running at around 4-500.  I see that for the first time deaths in Spain fell below 100 yesterday.  Let us hope that we can get there too.
Here at home, I am having to work a bit at not being bored.  I was brought up with "only boring people are bored" as a maxim.  If you tried to tell my mother that you were bored she would say "Go and find something to do then."  That normally involved going outside and building elaborate dens in the garden or being packed off up to the pond on the common with sandwiches and a bottle of pop and an ancient watch to check the time.  That freedom for children wouldn't happen now, would it?  There is always so much to do here that it is never a problem to pass the time profitably but I am aware that I do not like the repetition of endless routine.  My father in law lived with us for the last four years of his life and he loved routine: doing the same thing at the same time every day, eating the same food, telling the same stories.  "People might say I am in a rut, but I think I am in a groove," he would say laughing, for the tenth time that month.  It anchored him, made him happy and secure.  When Motor Neurone Disease began to take its hold on my father he and my mother, who had never really been routine people,  also adopted a similar thing: coffee at ten, lunch at twelve thirty, tea at six.  Perhaps it gave them a sense of being in control of something when so much physical capacity began to ebb away and horizons became small.
I like an element of routine.  I like the shape to the week given by Welsh and Spanish on Zoom and Skype, but I have never liked the rigidity of the routine which Eric loved.  I like spontaneity.  I like to drive to the sea, to go out for lunch just because I feel like it.  I love being on a train or on a ferry with that sense of journeying.  I like not knowing what might happen today.  But we have fallen very much into a routine because we are here all the time and that is just what happens.  Not every day is the same, and I haven't yet got to the stage my mother did of laying the table for breakfast the night before, but there is a rhythm to the days: coffee does tend to happen around 10.30; we do eat our meals at the same time each day, we watch television or read in the evening, we go to bed around 11.00.  There is a sort of comfort in the rhythm in these uncertain days but I find I am also trying to find ways of creating some small kinds of difference and variety.  A couple of times a week I am cooking something new, experimenting with spices and herbs and new flavours.  I bought a new cookery book called "The Roasting Tin Around the World" which is full of easy and different food.  Often I am getting changed at the end of the day.  I am looking for new authors to read.  It is a tightrope to walk: there is comfort in familiarity but too much sameness makes me feel I am only half alive.  There is pleasure and interest in new things but too much looking for change makes me lose the equilibrium I need to have to live this confined life. 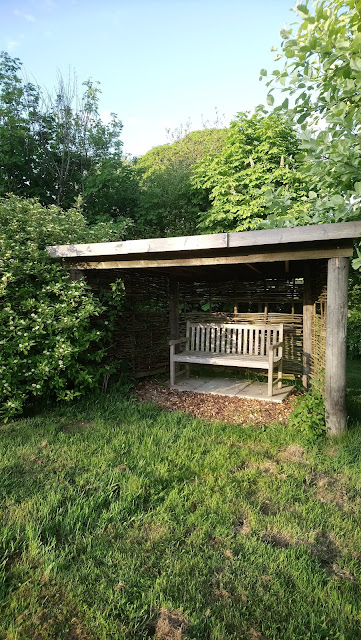 I would love to know how it works for you.
coronavirus diary

- November 19, 2019
I was astonished to find when I came back to my blog yesterday that it has been more than three months since I blogged.  In fact my Spanish friend asked me this morning if I only blogged in the summertime!  So many reasons:  busy with family and with selling the house (which is progressing but slowly) and the easy lure of Instagram which makes you feel you are connecting with people without the need to sit down and really think and write.  But I would miss it very much if I stopped so here is a download of what is in my head this cold and windy Tuesday up on my North Wales hillside.

Gulp.  Well I have somehow gone and done it and committed to doing a 10k run in Chester in March.  At the moment the idea of running for 10 kilometres is quite as daunting as the idea of running 5k was back in January when I started to try to learn to run using the Couch to 5K programme.  I have been idling along for the last few weeks, running a bit less because of a problem with a sore hip, trying not to…
Read more