- May 31, 2020
If this blog is to be any kind of record of these times for me and my family, this week we have to record the furore around Dominic Cummings.  Cummings has been a trusted advisor to the Prime Minister through the referendum campaign and the General Election of 2019.  He is not an elected representative but chosen by the Prime Minister and only capable of dismissal by him.  It emerged some ten days ago that Cummings and his wife had driven to Durham where his parents live while they both had symptons of coronavirus.  They self isolated in a separate property on his parents' farm.  Prior to returning to London Cummings and his wife and son drove some thirty miles to Barnard Castle in order, he claimed, to test his eyesight before making the return journey to London.  The trip to Barnard Castle incontrovertibly broke the rules of lockdown.  He justified the journey to Durham on the grounds of concern about childcare for his son providing "exceptional circumstances".  In the context of a crisis where public compliance with lockdown rules is vital, two senior figures, the Chief Medical Officer for Scotland and Professor Niall Ferguson from Imperial College, had already resigned for breaking lockdown rules.  Cummings did not resign and the Prime Minister refused considerable pressure to sack him.
Cummings cast the resulting uproar as politically motivated and while he took the unprecedented step as a special advisor of holding a press conference he used that to explain his thinking rather than to apologise.  I can only record here my own responses and observations as clearly and factually as I can.  For the first time in my life I wrote to my MP to express my concern that the affair sent a message to the public, including of course myself, that there is one rule for the general public and one for senior figures in the government.  I think that ordinary people up and down the country have made very considerable sacrifices to abide by lockdown rules and they are ready to do that if, as has often been repeated, "we are all in this together".  Cummings and Johnson have ridden a political wave for the last four years as the politicians who are in touch with the feeling in the country.  It seems extraordinary that they have misjudged the depth of public anger at  this behaviour.  Perhaps they do appreciate the anger and have nevertheless decided to spend some of the political capital of Johnson's eighty seat majority on keeping Cummings in post.  We shall see how this plays out.  It needs a longer timescale to see if there is an impact on public compliance with lockdown rules, and those have now been relaxed so considerably it will be difficult to tie any upsurge of infections to the Cummings effect, and also to see in future years whether the public memory of this will persist and whether the Conservatives will be punished at the polls.  My own view is that because Cummings sees the world in a very polarised way he cannot appreciate that the profound unease at this behaviour is a response which crosses political divides.  In saying this, I don't doubt that there is a political divide between the people clamouring for his head and those urging us to "move on" but I think in the quieter land beyond twitter and the media storm where millions of ordinary people are doing their best with difficult circumstances this whole affair has left behind a profound disquiet.  Many people feel that we have been treated with contempt.  The British people, like people everywhere no doubt, like fair play. 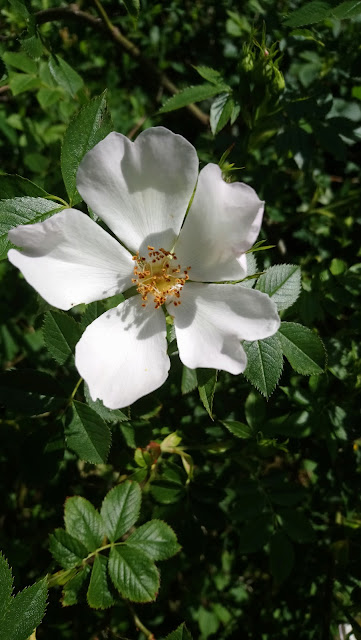 And away from the Cummings furore life continued peacefully up on our hill.  Lockdown rules in England were considerably relaxed with unlimited travel within England for exercise and for meeting up with family, in small groups and outside.  People were encouraged to return to work and while the government and their advisors continue to talk about the importance of social distancing pictures on the television show large groups of people brought outside by the fabulous weather congregating especially on beaches in huge numbers.  Infection levels continue to be high and deaths, while considerably lower than at the peak of the outbreak, are still running in the low hundreds per day.  Presumably it will be quick to see if these relaxations have come too early.  In Wales only the smallest of changes have been announced which allow people to meet friends and family outside, in very small numbers, and only within a five mile radius of home.  That doesn't help us much with our family! 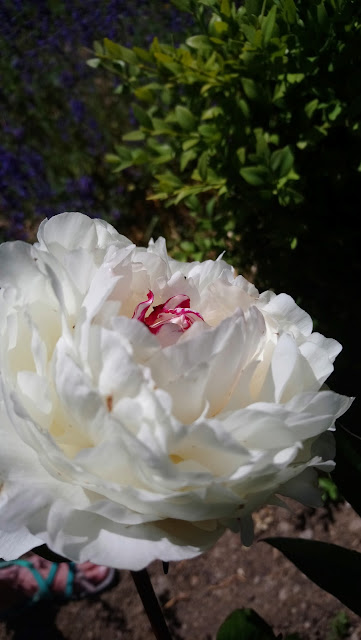 So for us the challenge is the same one: how to make each day count, how to feel purposeful, useful, contented, fundamentally OK in this little private world.  Running helps.  I struggled to work out how to keep running in the early stages of lockdown but I have got it now.  It is hard slogging up the hill but it is good coming down and it pleases me not to let my oh so hardwon fitness go.  Spanish and Welsh help too with the shape of the week dictated by Skype and Zoom calls and the sense of doing something different and often hard.  This week I struggled through an article full of numbers in Spanish in the thousands and millions, making myself laugh with my clumsiness but I will remember it now.  Crochet helps, with my project for my grandson's reading blanket coming along nicely.  The garden helps.  Every day there is something else beautiful happening and the rhythm of caring for plants, checking seedlings, watering and wandering is an anchoring thing.  Talking to family and friends helps too.  Food and drink help.    Most of all sharing the time with Ian helps, sitting quietly with a cup of coffee, making each other laugh, noticing and appreciating each other's achievements.  We are lucky to be doing this together. 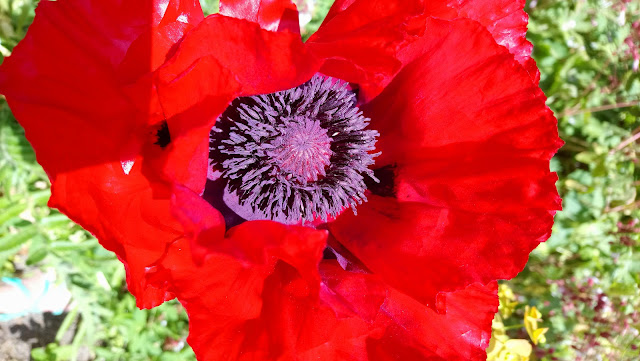 How is going for you?  Thoughts?  Experiences?
coronavirus diary