Like Helen and some others, I have been asked to be an ambassador for Plant me Now, a garden centre selling plants online.  This means being sent plants to review which is not a hardship!   Before I made up my mind I looked at their website and I liked the way it had been  put together, focussing very strongly at what to sow and plant at different times of year.  This knowledge is something you take for granted as a reasonably experienced gardener but chatting to my daughter in law, the proud owner of her first grown up sized garden, I was reminded that when you are starting out this is the kind of thing that you don’t know, or know in a patchy kind of way.  So it is a helpful and well thought out site which would be particularly useful to reasonably new gardeners but which I can also see myself using.

The first lot of plants to come my way are annuals, seedlings started off early which come as generous sized plug plants.  I mused a bit as to what to have.  I never used to grow much from seed.  It always seemed a bit daunting, the last step to take to becoming a serious gardener.  But over the last few years I have taken to growing  more from seed so I wouldn’t normally buy plug plants like this.  I was interested though in the idea of integrating them into my cutting garden.   The early season in the cutting garden comes from bulbs:  daffodils and tulips mean that in March, April and early May there are flowers for the house and the holiday cottage and just for looking at.  Then there is always a bit of a lull until the sweetpeas, cosmos and rudbeckia which I grow myself come in to fill the gap.  Up here it is generally quite late in July before my home sown annuals are in flower.  So I wondered if bringing in plug plants in this way and putting them  into the cold greenhouse might help to rev up the cutting garden in the first half of the year.

I chose six things.  The images are all from their website.  Mine don't look  like this just yet!

The plants arrived the day after my order.  (I didn’t pay for them but I did make it clear that I would review them as I found them ).  They came well packaged, with an instruction leaflet as to what to do with them and a small brochure of other things that are available. 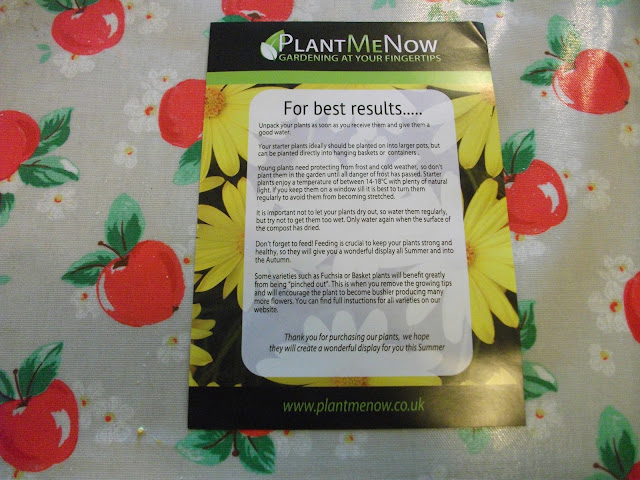 All the plants were healthy, sturdy  and well grown.  I watered them before potting them on but the plugs were not at all dry. 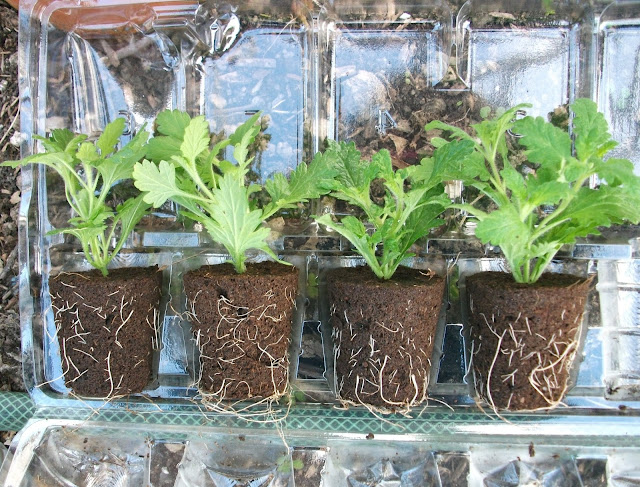 Now they are in the greenhouse which we are keeping frost free to look after the dahlia tubers and pelargoniums which are over wintering in there.  The plug plants have an extra lid from the propagator over them for protection in the cold nights we have had in the last week and a week after their arrival they are all doing fine. 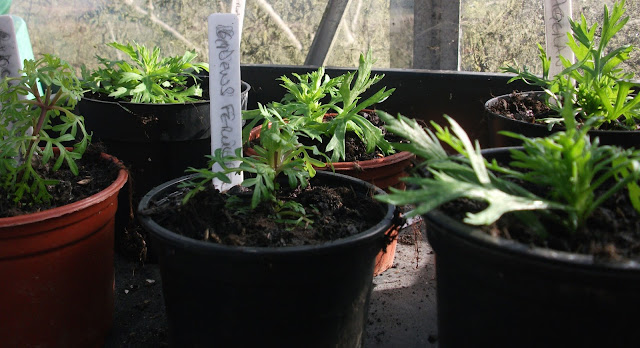 So far then I am impressed with Plant me Now.  The range on offer is good and they also do perennials and tender annuals.  The service was quick and the packaging strong and well thought out.  The plants themselves are not large, well as plug plants you wouldn't expect them to be,  but neither are they the tiny and rather spindly things that you sometimes see sold as plug plants and they are all in very good condition.  Watch this space to see if they solve my cutting garden gap!
agyranthemum annuals bidens plant me now plug plants verbena