Exercise and getting older

I was never a sporty kid. I looked as if I should have been sporty but I wasn't.   I didn't like games and had no ball skills to speak of.  I hated hockey and the clattering clash of sticks that made your teeth shake.  I was never last to be chosen for netball because there was the heavy fat girl and the girl who could hardly see.  I could run and I could see so I was generally the third last to be chosen.  My problem was that I really was not interested so could be relied upon to be looking the other way when the ball was passed to me or not to be in the right place when I should have been helping someone to take a shot at goal.  I spent my tennis lessons sunbathing and reading by the court.  I could swim but not really well.  I could run but not very quickly.  As a teenager I read and dreamed and lived in my head.

So it is something of a surprise to find that now I am in my sixties I do really quite a lot of exercise.  For the last two or more years, since doing the Couch to 5k running programme, I run two or three times a week.  I generally go to yoga and Pilates once a week.  I walk a lot and I have recently taken to doing some handweights at home a couple of times a week.

So what changed?  I think firstly I realised that while I don't want to play sport I do like movement, not competitively, not in a team, but the pleasure of using your body crept up on me starting when I was in my thirties and has been with me ever since.  More recently I discovered that I like the sense of physical competence that comes with being able to run, to hold a yoga pose or to lift a weight.  But more than anything I think coming to exercise later in life is to do with an increasing sense of how short a time we have here.

Slightly to my surprise I have got older!  How did that happen?  I am retired.  We have loads of grandchildren.  For the first time in my life I am not whizzing around keeping all the plates spinning, doing my job, looking after children, falling into bed exhausted with my head full of things needing to be done, constantly running a massive to do list.  I have time to take a leisurely breakfast with a cup of good coffee and the newspaper.  I have time to walk after dinner just because it is a beautiful evening.  I have time to read in the sun.  I have time in a way I have never had before.  And yet if I lift my head from the day to day and take the longer view,  I don't have time.   Astonishingly I am sixty six.  How many more years do I have for travel and adventure?  Ten?  Fifteen?  I have no idea.  Time no longer stretches out in front of me rolling away towards the distant mountains of old age.  I have ended up in the foothills while I was too busy on the journey to notice.

Philip Larkin said that "Days are where we live".  That is true.  It is also true that bodies are where we live.  If I want to do all the many things I now have time for I need energy, strength, stamina, balance and those things can no longer be taken for granted as they could when I was the girl who dreamed by the tennis court.  I need to keep my body moving in order for it to be able to move.  I need to be grateful to if for having brought me so far along life's journey and look after it.  So for the last seven years or more that is what I do.

Perhaps this sense of having all the time in the world and no time at all has been accentuated by the pandemic and the quiet days at home and an increasing wish to see the world again.  When the world opens up again I hope I'll be ready.  There is still time for some more adventures! 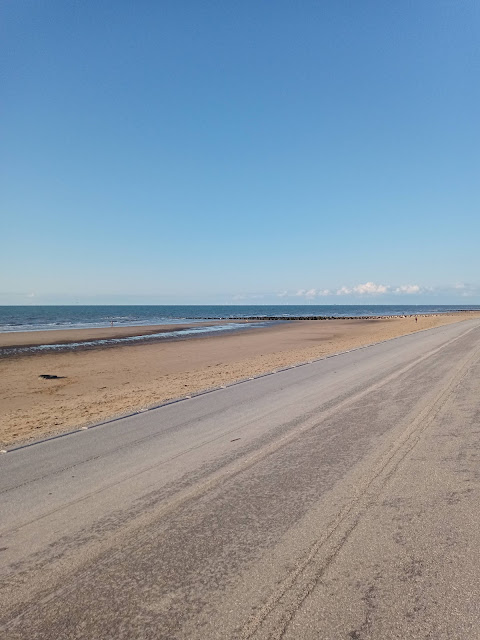